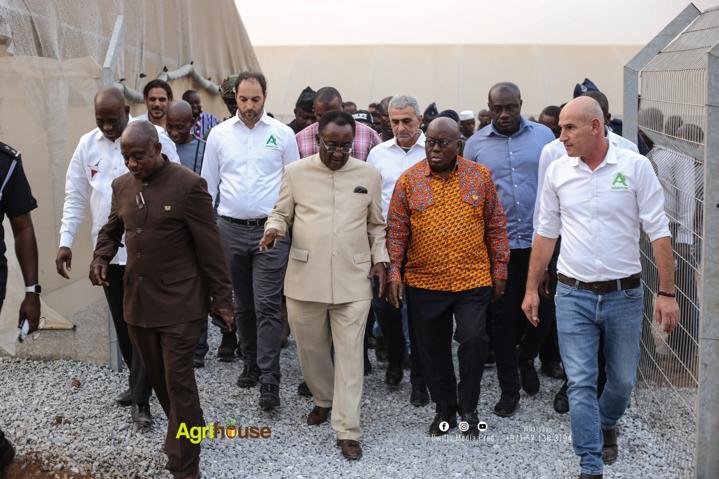 The official commissioning of the Akumadan Greenhouse Village was done by the president, H.E. Nana Addo Dankwa Akufo-Addo on Wednesday, 29th January 2019. The memorable event took place at the capital of the Offinso North District of the Ashanti Region, Akumadan. The world-class facility was constructed by Agritop Limited within a period of eight months.

Thousands of inhabitants of the Offinso North District attended the ceremony. The people jubilated and expressed their joy at such a modern facility in their locality. In addition to training the youth of Ghana in Greenhouse farming, the facility will also produce quality vegetables for the Ghanaian and export market.

The village is expected to be expanded, with more greenhouses being installed for vegetable cultivation by the youth of Ghana.